Mataji (aka Rev. Carol Singler) has been offering Spiritual intuitive Counseling for over 35 years.

During those years she has studied with a number of Master teachers discovering many modalities of consciousness that has opened awareness for the need of Holistic Spiritual Unfoldment.

Mataji is here to support Living your life as a fully integrated being providing initiation for tools you can access, by your self at any time, for the evolution of your dynamic being on an on going basis. While supporting the discovery and recognition of your True Self. 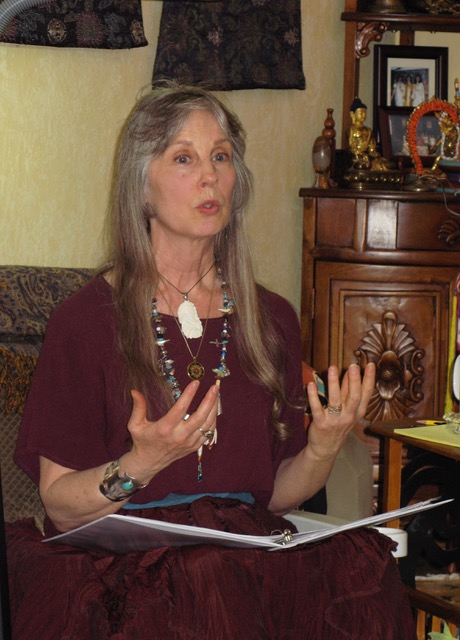 Initiated as a Spiritual Unfoldment Network teacher by Irving Feurst the founder and Director of S.U.N.™ – Mataji is Certified as a 7th Level teacher.

Received training from the School for INNER SOUND® – Science based technology about how sound is hardwired in the body, and is a practitioner using INNER SOUND Tuning Forks.

Studied with the “International Retreat Group” involving the work of the Diamond Approach, The Enneagram of Holy Ideas and the Enneagram Passions & Virtues, for spiritual transformation, lead by Sandra Maitri in 2007 for several years.

India ~ Journeyed with Yogi Narayana Baba to India to sit with Swami Bhuvaneshwarananda Guri who we affectionately call Guru Dev, at the Pahari Baba Ashram in Jaipur March 2011. This is where Carol was given the name Mataji.

Studying in the International School of Human Design

Mataji aka Carol has traveled extensively making spiritual pilgrimages to many sacred sites around the world, some of her highlights below:

Tibet visited with the monks at the Patola Palace Jokhang Temple, Drepung Temple and other Tibetan monasteries.

Has also visited many temples and shrines throughout China and Thailand

Australian outback, rested in the sacred stone monoliths of Uluru also known as Ayers Rock and the companion the Sacred Kata Tjuta formation. Both of these monoliths are Sacred to the Aborigines.

Traveled throughout the Holy Land, received blessings at the tomb of Mary, meditated at the dome of the rock, and visited the Wailing Wall, an extra ordinary journey.

Powerful pilgrimage and blessing in Fatima, Portugal, where the 3 children saw the vision of Mary.

Traveled with friends Shakta Kaur and Hari Dev to the Beautiful Harmandir, the Golden Temple at Amritsar, India, to meditate at the most holy Temples of the Sikh tradition.

On the River Ganges at Sunrise in prayer chanting the Gayatri mantra with a Hindu Priest as the Golden Sun slowly rose over the river. 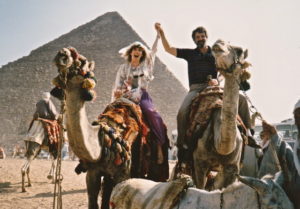